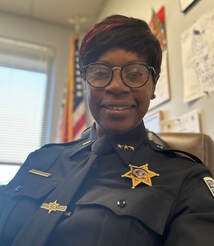 His service with the Sheriff’s Office started in 1992 as a Deputy Sheriff, where he worked in communications and road patrol. Most of Kevin’s tenure in the Sheriff’s office has been in the Investigative Unit working as a Criminal Investigator starting in 2000 until he was elevated to Senior Investigator in 2007. A position he held for nearly 15 years until recently being promoted to Captain.

Captain Skype has served as a certified Instructor for the Zone 14 Law Enforcement Academy and received additional training and certifications to expand his professional development. Kevin was trained as Level I and II Arson Investigator, and is trained in homicide investigations.

Captain Skype has also been a dedicated sports coach in the community. He spent over sixteen years as a baseball and softball coach while being a board member for the Chatham Little League. Kevin also served on the Northern Columbia Pop Warner Football Board and coached for five years. His dedication to coaching continued with his return to his alma mater, Chatham Central School, where he enjoyed coaching baseball, softball, and football at the Middle and High School levels. Kevin resides in Chatham with his family.
Lieutenant Mark Dunspaugh
Lieutenant Mark Dunspaugh's bio is coming soon!
Lieutenant Heath Benansky
Lieutenant Heath Benansky's bio is coming soon!
​